I wanted to write my final conclusion after experiencing the three weeks of no TV and a week where I had my freedom again to watch whatever to see the contrast. I think I was successful in completing my three week “No Impact” change. I found it had many ups and downs- often I would feel that I didn’t miss TV and other times all I wanted to do was watch it. I don’t know how Colin Beavan and his family were able to do this and a lot more challenging resolutions for one year. In the past week of being able to finally catch up on shows, I went a little overboard. I thought and was hoping that I wouldn’t feel the need to watch as much TV anymore. Unfortunately, these past weeks was a failing for what I thought should have happened. I was hoping that after the first week I would watch less after experiencing the polar opposite. My goal for the future is to realize that there is always something you can be doing instead of  watching TV and I want to be able to see that and do that.
I was worried that I wouldn’t really be doing enough to make “No Impact” because TV does not take up that much energy compared to many things used frequently. I am glad I chose TV though because it made me do something I wouldn’t normally do if I didn’t have a major reason behind it. Even though it wasn’t the biggest effect I could I have done this was the one that was personally affecting me and my time and needed to be changed. There might have been a small change in energy output because if no ones was in the room watching TV all the lights would be off and nothing would be on in the room compared to if I was watching it or someone else near me was watching. So although it wasn’t that much of an impact as far as saving energy was concerned, it was something that was important for me to see that TV was unnecessary.
The only thing that is a positive about having this past week to watch as much television as I want is I realized how much more time I spend with my family when we are watching TV or movies together. It is a sad reality that we spend considerable time together watching TV. I realized a fair amount of time during the three weeks that I wasn’t seeing my family as much or I was actually asking them to leave the room to watch TV somewhere else due to the fact our house is so open concept. So my other goal is still to be able to spend as much time with my family but not have to be in front of television to do so.
This experience has taught me a lot and I actually glad I decided to do it because if not I would have not accomplished the things I did (mentioned early in the blog). So I’ll be trying from now on not to waste so much of my time with mindless TV.
Posted by Emma H. at 18:37 No comments: 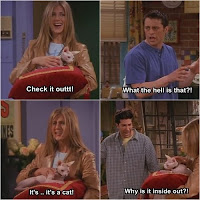 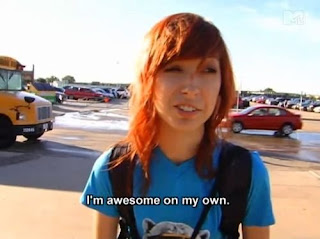 The end has finally come. There were some definite ups and downs. But overall this no-TV thing can be fun, and it gave me more time for my friends that live far away or even next door. I realized that I actually have a fair amount of free time. I will in the next few upcoming months find ways to use my free time as affectively as possible. There will always be times when I want to watch TV but that is just for certain shows (Grey’s Anatomy, Friends, One Tree Hill, Big Bang Theory, Buried Life and My Life as Liz). I used to watch TV a lot of time before these last three weeks and I can see myself after the first couple days of freedom not watching that much TV anymore. Since I have learned how it feels to do the polar opposites, I am sure I will find a happy medium. That is my new goal- to have the right balance.
Posted by Emma H. at 19:15 No comments: 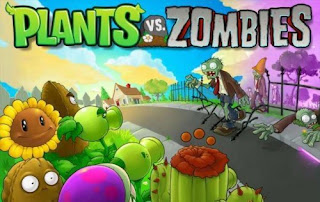 In this entire experience I was hoping to gain better time management skills. That didn’t exactly happen the way I hoped. I ended up spending most of my time playing Plants vs. Zombies when I was really hoping to finish an entire book. Plants vs. Zombies is an amazing game but it was pointless for me to play since I have already beaten it. I plan on trying to watch less TV from now on. I have learned that I can do a lot more productive things with my life especially on weekends. I have almost finished “pimping” out my Mom’s bike, which is one thing I always pushed back on doing things. Since I will probably always continue to play my zombie games, but will use my other free time for more exciting things.
Posted by Emma H. at 19:14 No comments:

Not allowing myself to watch TV has been interesting. The thing I find most funny is that at times I have wanted to watch anything so bad and other I don’t care at all. I am actually continuing the no TV till my birthday. This experience will affect me for a while. I don’t think in the future I will rely on TV so much for entertainment. I will be spending most of my summer at camp then off to university, so I won’t be watching a lot of TV in the near future. So this experience I feel was a test for my upcoming months.
Posted by Emma H. at 19:39 No comments:

Spring as really arrived. Bad thing about this is the steroid mosquitoes that start to come out that are starving to bite anyone. Good thing is that my mom has been able to plant her organic vegetable garden. Since we live in the suburb we are very lucky to have a large garden. These vegetables will be used a lot; we always have too many tomatoes. In past years I my mom has done all the work but this year I will help her. I think it is amazing being able to have this as something our family can use every year.
Posted by Emma H. at 19:23 No comments: 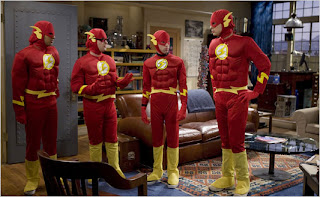 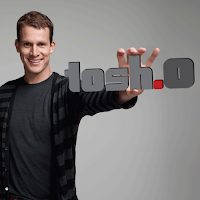 Well one thing that I have definitely learned this past three weeks is that my brother and I can really irritate each other. We either have very similar taste in shows or complete opposites. So sometimes it became very annoying when he was watching, Tosh. or Jackass or funniest home videos or The Big Bang Theory. He laughs so loud that you have to turn around to see why, but after doing this 30 times and always catching yourself looking at the time you started to get annoyed. So I basically have to send him away to another TV. I feel like I did that with my whole family that I am always the one that make people leave the room because they know they can’t watch TV around me. Or when Andy ( brother) purposely puts on a show around me because he knows I don’t want him to watch it when I am in the same room and then continue to laugh loudly at the show. He is not making this easy.
Posted by Emma H. at 19:48 No comments:

﻿ ﻿
Even though I have been swamped with school work, everyone always needs a break from doing work. This is where TV would be a nice break from school work. I did state before that watching TV and not having a plan of what you want to watch is pointless, but when you need a break from being busy mindless TV is perfect. Obviously I have not done any of this recently for this project but that is one thing I am really missing- my small stress reliever.  So in the past two weeks I tried to find other things to do to relax or take a break from work. I did knitting, painted my bike and I got rather bored one day so I made my turtle Beans have a photo shoot. I have to admit I thought I wouldn’t be as excited for TV when the time comes but I will be. Also I think Beans will be happy too-he will be left alone to swim.
Posted by Emma H. at 19:25 No comments: